The Moral — and legal — case for emptying NC prisons.

“Prisons do not disappear problems, they disappear human beings,” Angela Davis once wrote. Her powerful words convey a new, heartbreaking message in the eye of the storm of the pandemic. The way states like North Carolina are currently addressing the coronavirus epidemic in state prisons and jails risks not only disappearing human beings — permanently — but exacerbating the duration and devastation of the nationwide pandemic, too.

This public health crisis is calling on leaders to make many hard choices, but what to do to protect people’s lives in prisons and jails isn’t one of them. What is moral and what is scientifically necessary and what is legal are, in this case, all aligned: states must swiftly and safely reduce the prison population to protect people from this virus’s lethal spread.

Public health experts nationwide have warned our prisons are tinderboxes for Covid-19 infections. This isn’t a hypothetical statement; in North Carolina, it’s a dangerous reality. The Federal Correctional Complex in Butner has now reported that four inmates have died and at least 82 inmates have tested positive for Covid-19 — so far, the highest number of cases of any federal prison in the nation. At least 22 staff at the prison have tested positive as well, which means their own lives are at grave risk and they carry that risk home to their families and communities.

We know Butner is the canary in North Carolina’s correctional coal mine; Covid-19 infections have been reported in at least six state prisons, with at least 37 state prisoners and 20 staff testing positive, and those numbers, already higher in the eastern part of the state, are swiftly climbing.

The numbers who will be impacted without further action are staggering. Around 35,000 people are incarcerated in North Carolina state prisons and tens of thousands more in local county jails. In total, including federal prisons and immigration detention, statistics have suggested that 639 of every 100,000 North Carolinians is locked behind bars. We know too that a disproportionate percentage of those incarcerated are African American. For instance, while African Americans make up 22% of our state population, 55% of those incarcerated are Black — compared with whites, who are 65% of our state population but just 36% of people in jail or prison.

We understand that rampant structural bias leads to Black folks, Latinos, and the poorest in our communities being disproportionately arrested, sentenced and incarcerated. But North Carolina’s leaders, even those who have been able to symbolically acknowledge historical wrongs committed by our criminal justice system, today, when faced with the combination of that history and the devastating transmission rate of this lethal disease, fail to acknowledge a plain fact: without action, a prison sentence, for many with vulnerabilities to this virus, will equal a death sentence. If the state compounds historic injustice with inaction in this moment, it is unilaterally, unjustly and immorally condemning people to die.

We can see clearly that this disease preys on the fissures of inequality and injustice in our society. The choice we’re left with is whether, in our response to the pandemic, we deepen those fissures — or help them heal. Indeed, prison is allegedly a societal instrument of healing and redemption. But that’s only in theory. In practice, we know that throughout our history these crowded facilities have become warehouses where we throw away the people our society plainly, structurally rejects. Now the virus is holding up a mirror to our immorality. Do we really want to rehabilitate and reintegrate people condemned to prison, as we claim? Or are we content to stand by as a virus sweeps through these tightly enclosed facilities, where social distancing by the numbers is literally physically impossible, hoping that our failure to act isn’t the same as active complicity in their death?

Yes, this is also a legal issue. Prohibitions against cruel and unusual punishment in the United States and North Carolina constitutions are why a coalition of civil rights organizations in North Carolina filed suit last week against Governor Roy Cooper and Department of Public Safety Secretary Erik Hooks. Governor Cooper and Secretary Hooks not only have the authority to act, they have a duty. Currently there are children locked up in North Carolina juvenile detention facilities who aren’t able to see their families because of the virus. And there are thousands of vulnerable people — elderly, ill, living with disabilities and chronic conditions — locked up in close quarters who fear for their lives because of this virus. Failing to act to protect the lives and health of incarcerated North Carolinians isn’t only unjust and immoral. It is illegal.

Forward Justice and the North Carolina NAACP, in conjunction with the ACLU of North Carolina, Emancipate North Carolina and Disability Rights North Carolina, are seeking a court order to require the state government to expedite the release of people who are over the age of 65 or have underlying medical conditions that put them at higher risk of Covid-19 infections and mortality, people who have a projected release date within the next 12 months or are currently eligible for work release, and people who are pregnant. Otherwise, quite simply, many more people in North Carolina’s prisons will die.

A pandemic is yet another problem we can’t solve with incarceration. The question is will we quicken its spread through the tinderbox of our overcrowded prisons, condemning those whose liberties we’ve already taken away to also lose their lives, while forcing families and communities that have already disproportionately suffered to suffer even more. Not a one of us has the right to stand as executioner. Today we need bold, unflinching leadership. Governor Cooper and Secretary Hooks should join the ranks of those across this country who are listening to science, following the dictates of the Constitution and acknowledging the human dignity and worthiness of the lives of those who are imprisoned in their care — to save lives, and save their own souls. 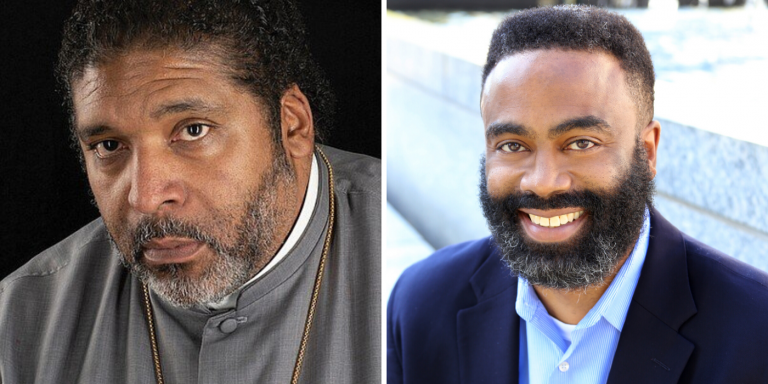