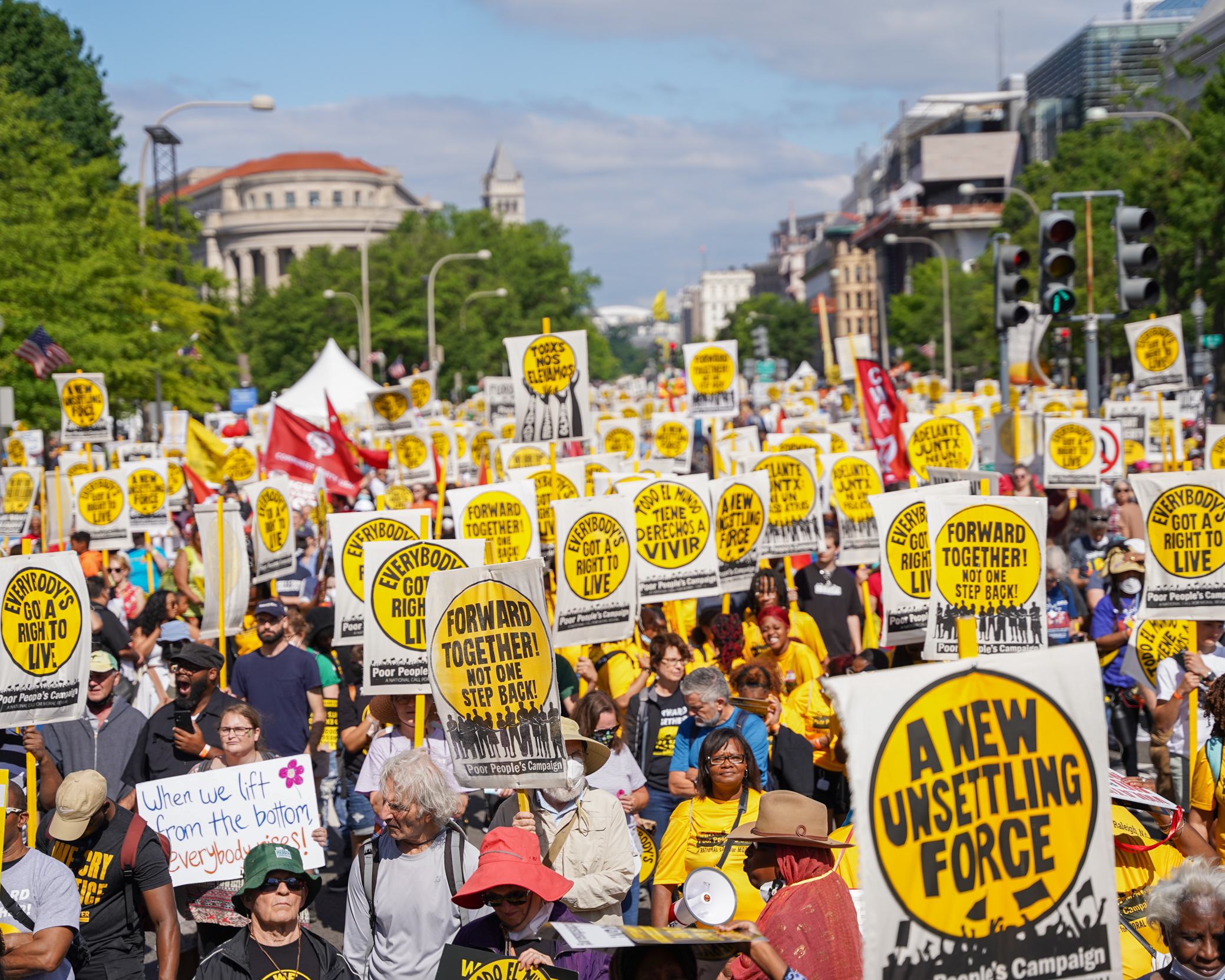 We spent Juneteenth weekend in Washington, DC with our partners at the Poor people Campaign for the Mass Poor People’s and Low Wage-Workers’ Assembly and Moral March on Washington and to the Polls.

We stood together with thousands as we demanded living wages, housing access, voting rights, healthcare, and more for the 140 million Poor and low-wealth people in America.

Forward Justice R.I.S.E. Fellow, Dontae Sharpe, spoke center stage at the march after testifying in front of congress about his experiences with a wrongful conviction and the need to reform the criminal justice system.  Our co-directors spoke about the need to expand and protect voting rights, our organizing team shared resources with attendees, and our communications team gathered stories from community members to help with our campaign to change the narrative about poverty in this country and speak truth to power.

One thing was clear to our team, partners, and the entire movement when we came together that weekend: Our nation needs a moral revival and a Third Reconstruction and we won’t be silent anymore. Learn more about June 18th and check out some pictures of the action.

Repairers of the Breach