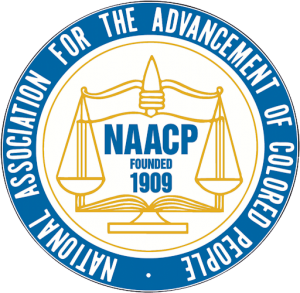 Today Marks A Moment of Truth For the State of North Carolina: NC NAACP Stands Firm In Moral Fight Against All Voter Suppression in North Carolina

RALEIGH, N.C.— On New Year’s Eve, the U.S. District Court for the Middle District of North Carolina issued a 60-page opinion blocking North Carolina’s photo voter ID law (S.B.824) based on a likelihood that “the enactment of S.B. 824, like its predecessor, was imbued with discriminatory intent” in violation of the Voting Rights Act and the Constitution. The Court’s imminently well-reasoned decision to grant the NC NAACP’s motion for a preliminary injunction means North Carolina’s voters will not be subject to a new discriminatory photo ID requirement to vote in the March 2020 primaries. The Court reviewed more than 1,000 pages of evidence and found that a law likely infected with racially discriminatory intent cannot be implemented in North Carolina. Yesterday, January 2, the Attorney General announced that the state of North Carolina will not take appellate action in this case before the March Primary, but signaled that the North Carolina Department of Justice would appeal the Court’s ruling at some point. So that there is no confusion, the NC NAACP reiterates that there will be no photo voter ID in North Carolina in this Primary cycle. The Federal Court’s injunction will stand, and the State Board of Elections has begun its court-mandated efforts to educate the public that this discriminatory law will not be in place during the primary. No new photo voter ID requirement will be required to vote. In response to the announcement of the state’s suggestion that it will appeal, the Rev. Dr. T. Anthony Spearman, President of the NC NAACP, issued the following statement: “This is a moment of truth for North Carolina. This decision should not be appealed. The Court found – as did the United States Court of Appeals for the Fourth Circuit in ruling on the prior photo voter ID law – that the NC General Assembly enacted photo voter ID, at least in part, motivated by discriminatory intent. That discriminatory intent was directed at suppression of the votes of African American and Latinx voters. Put simply: Racism in our voting system cannot be accepted and should not be defended. In this climate, at this time in our history, we cannot afford equivocation on the question of justice and any stench of racism in our laws. The NC General Assembly leadership must accept that the Courts— Federal and State—are independent bodies, bound by the law. It is not the courts or the people who are playing politics when seeking to vindicate the rights of people of color, it is this General Assembly that has abused its power again and again at the expense of the sacred right to vote of African American and Latinx voters, in contravention of both their oath of office and the trust placed in them by the people. The Courts are not political arenas: they are the branch of government charged with protecting our social compact, the rights of the most vulnerable, and the highest values of America. Voter suppression is not a partisan issue. This is an issue of right and wrong. Voter suppression is wrong. In this time, when proven facts are brazenly called fictions at the national and local level, it is all the more important that all people, especially all people in positions of leadership, speak with one voice: we will not stand for racism and we will not tolerate voter suppression in our state or in this nation. Together, we will rise up and turn the page on this shameful chapter in our nation’s history and usher in a new day of unfettered democracy, in waves of voter participation the likes of which have never been seen before.” Plaintiffs in the lawsuit include the North Carolina State Conference of the NAACP, Chapel Hill-Carrboro NAACP, Greensboro NAACP, High Point NAACP, Moore County NAACP, Stokes County NAACP, and Winston-Salem Forsyth County NAACP. The Plaintiffs, who are represented in this matter by Forward Justice, Arnold & Porter, and attorney Irv Joyner, challenged SB 824 on the grounds that the law was passed with a discriminatory intent and will have a discriminatory impact on African-American and Latinx voters under Section 2 of the Voting Rights Act, and in violation of the Fourteenth and Fifteenth Amendment of the U.S. Constitution. Oral arguments on the preliminary injunction took place in Winston Salem on December 3, 2019. For more information on the decision, please contact: Damola Akintunde, Forward Justice,dakintunde@forwardjustice.org