The History of Felony Disenfranchisement in NC

Limiting access to the ballot for any group of people is the antithesis of an inclusive democracy. Unlock Our Vote NC is our fight to ensure equal access to the ballot by advocating that everyone, despite their criminal record history, should be able to participate in our democracy and use their votes to make their voices heard. We’re using litigation, community organizing, and storytelling campaigns in our work to overturn an unconstitutional disenfranchisement law that disproportionately impacts people of color, especially Black people.

Our expert reports found that although Black people constitute 21% of the voting age population in North Carolina, they represent 42% of the people disenfranchised while on probation, parole, or post-release supervision. In 44 counties, today, the disenfranchisement rate for Black people is more than three times the rate of the white population.

Felony disenfranchisement is nothing new. It dates back more than 100 years and has been used primarily as a way to dilute the voting power of Black and Brown communities. The Unlock Our Vote Campaign centers on ensuring that thousands of people in our state do not have their voices unconstitutionally denied and that this history of voter suppression is not allowed to continue. Learn more in our interactive timeline below. 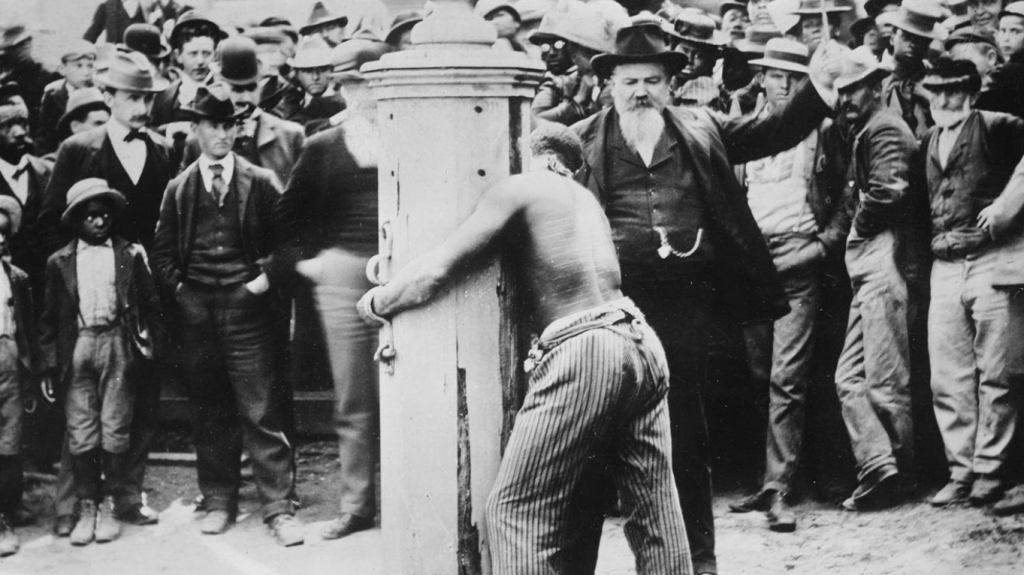 Expert witness historian Dr. Vernon Burton submitted evidence that in the 1860s and before, North Carolina disenfranchised only persons convicted of “infamous” crimes, not all felonies. However, immediately after the Civil War, former rebels engaged in a widespread campaign of convicting African Americans of “infamous” crimes and whipping them as the punishment, with the express goal of preventing African Americans from being able to vote.

In the fall of 1866, reports began to come in from military headquarters in Charleston and Raleigh that ‘in all country towns the whipping of negroes is being carried on extensively,’ with ‘the real motive’ being ‘to guard against their voting in the future, there being a law in North Carolina depriving those publicly whipped of the right to vote.’ 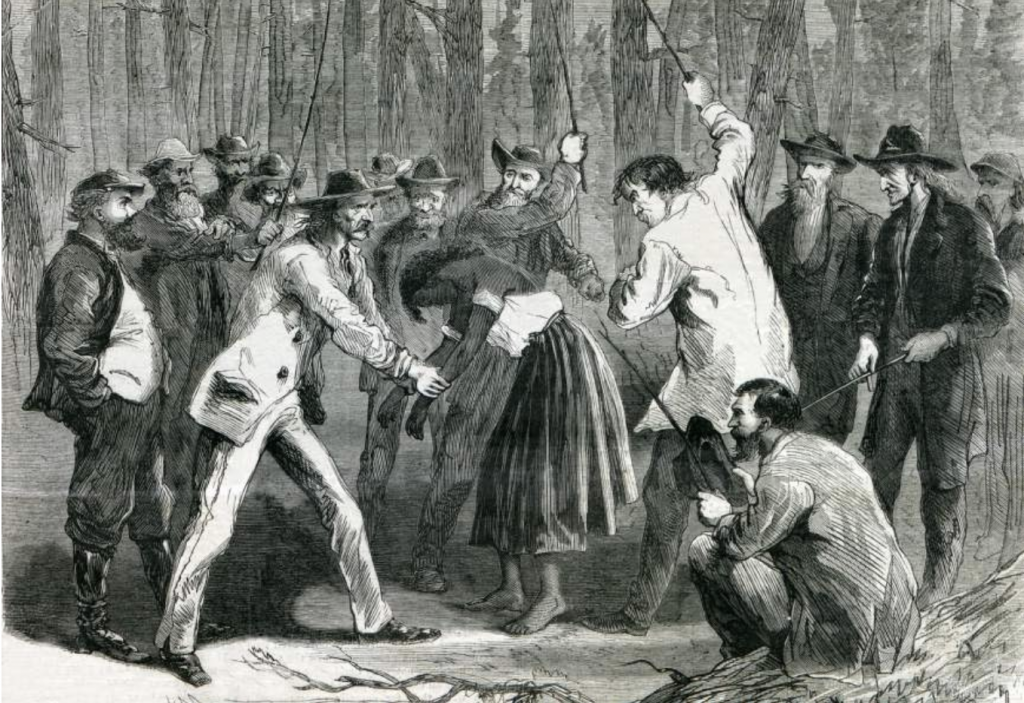 “[E]very day during about a month, while the State court was recently sitting at Raleigh, there was a crowd of nearly five hundred people outside the court-house witnessing the public whipping of colored men as fast as they were convicted and sentenced to be whipped by the Court.” “This sentence of whipping operates in North Carolina as a civil disqualification, so that none of these victims, according to the local law, could ever vote, even if the suffrage were extended to colored man. They are disqualified in advance.”

“In August 1867…‘rebel sympathizers’ insisted that ‘a man who had been whipped at the whipping post was disfranchised’ and, even though these claims were ‘overruled by the Registrars,’ it ‘deterred’ many African Americans from registering to vote.” 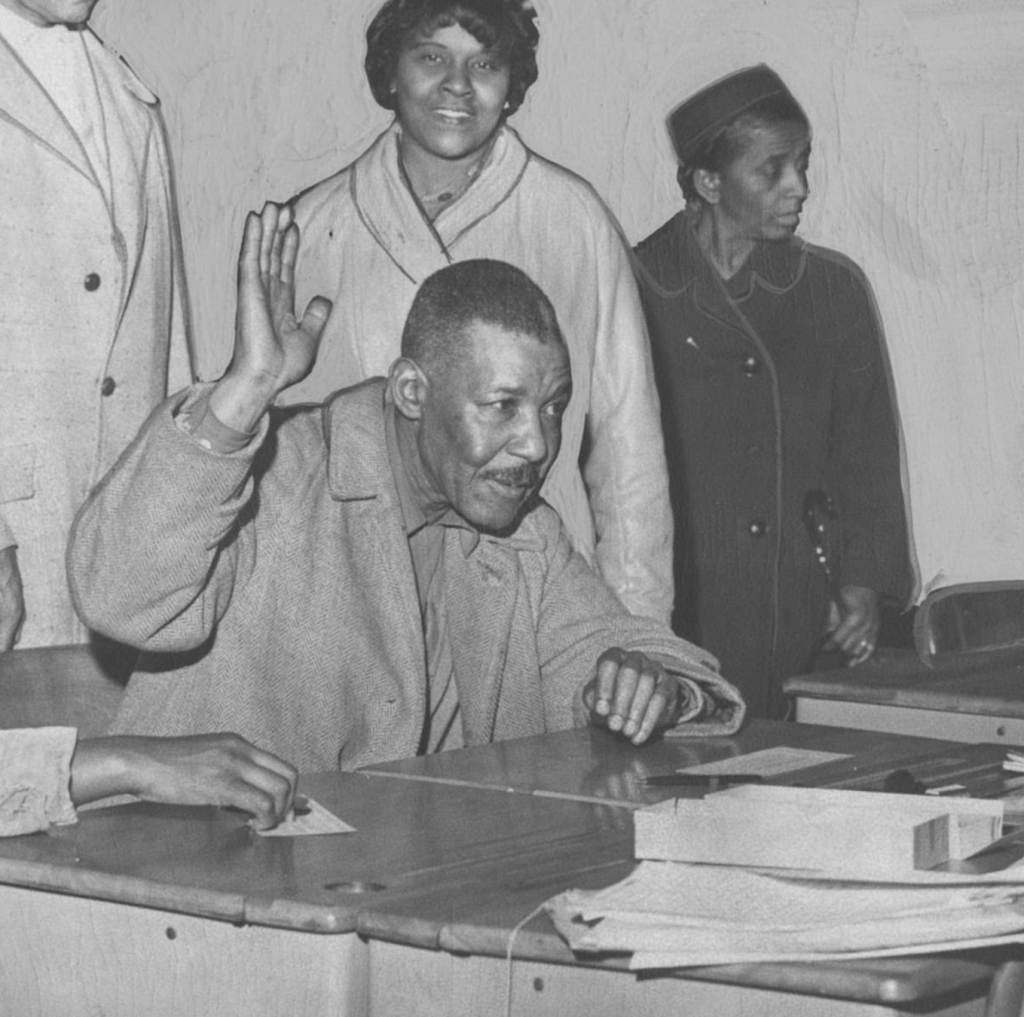 Significantly, the 1868 Constitution had no provisions for the disenfranchisement of people formerly convicted of felonies.

Almost as soon as the 1868 Constitution was ratified, Democrats began to agitate against the universal manhood suffrage established by Article VI. 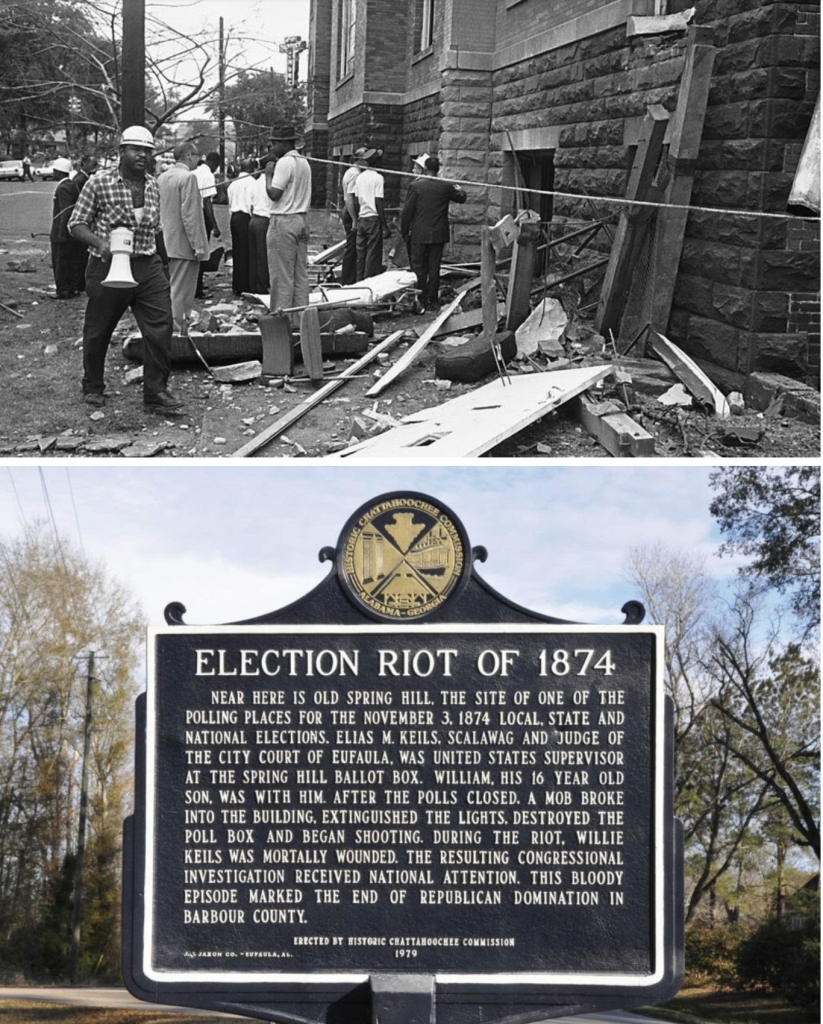 “In 1874, after the Democratic Conservatives captured seven out of eight of the state’s Congressmen, six of the eight justices on the North Carolina Supreme Court, and two-thirds of the members of both Houses of the General Assembly, Democrats began to overthrow the ‘unjust and oppressive’ 1868 Constitution.” 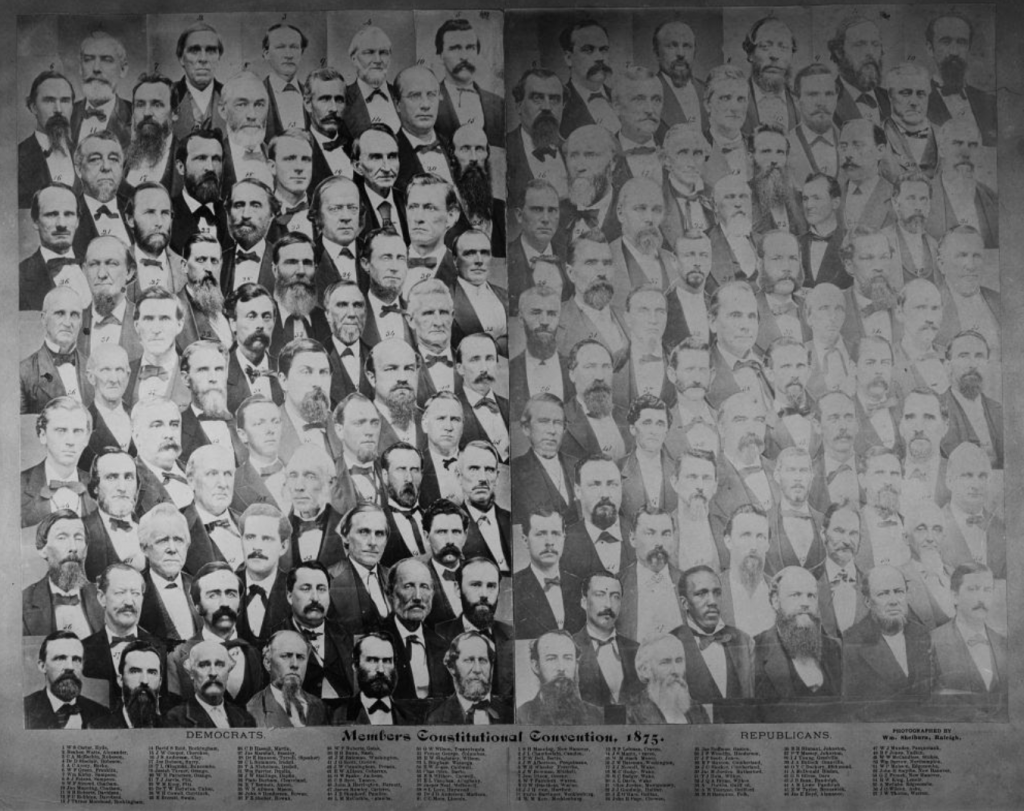 Expert witness historian Dr. Vernon Burton submitted evidence into the record that when NC first adopted felony disenfranchisement into the NC constitution in 1876, with implementing legislation in 1877, it was done so with the express purpose of neutering the gains of Radical Reconstruction (1865-1877), particularly the advances of the 15th amendment which gave Black men the right to vote.

Conservative-Democrats ratified North Carolina’s felony disenfranchisement constitutional amendment which expanded the crimes for which people could be disenfranchised to include ALL felonies, not just infamous crimes. 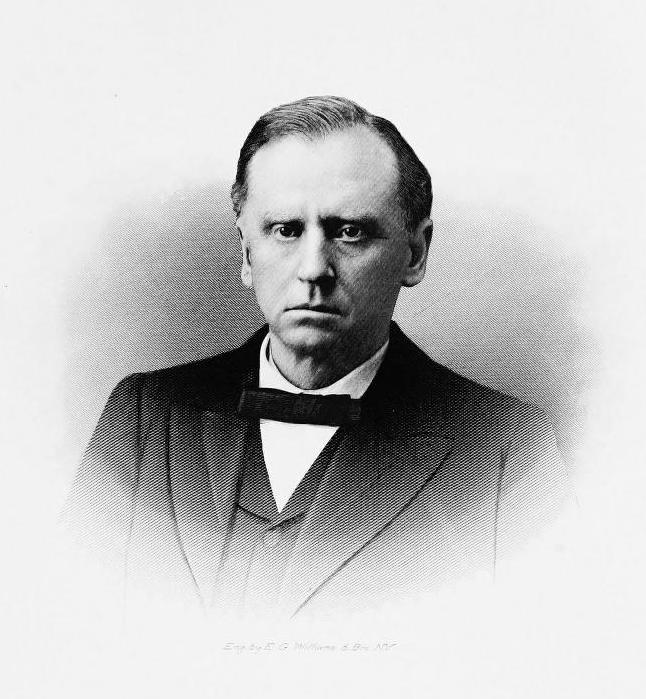 A Democrat named John Henderson chaired the House committee that prepared the 1877 implementing legislation which NCGS 13-1 is modeled after. Henderson was an avid Jim Crow supporter who once presided over the lynching of three African Americans.

There were three particularly noteworthy aspects of the 1877 statutory scheme that Henderson ushered into law and that remain in effect today. 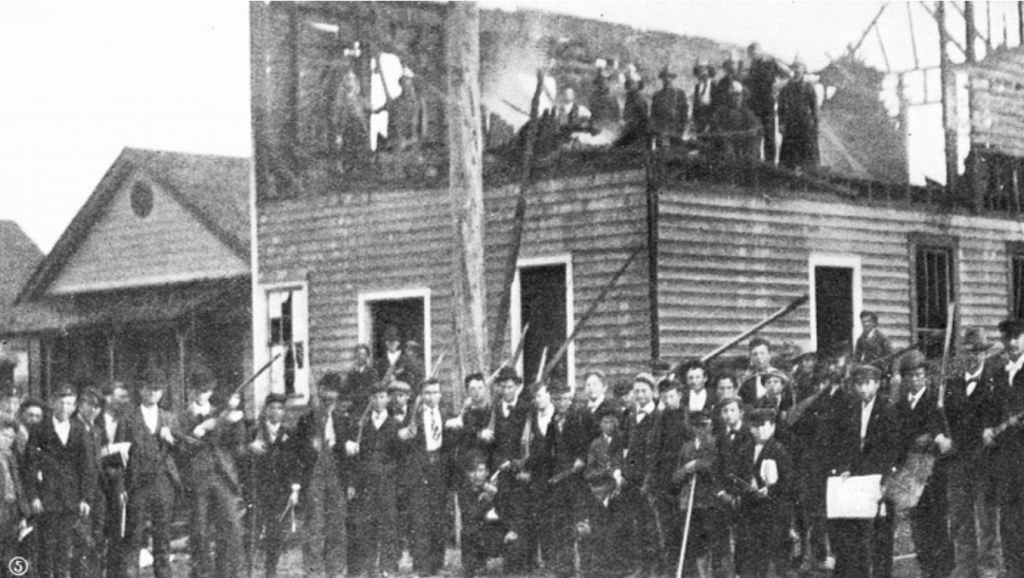 “In the election of 1898, the Democrats recaptured the General Assembly and when the new Democratic-controlled legislature convened in January 1899 it made as one of its first orders of business the disfranchisement of black voters. In February 1899, the General Assembly passed an amendment to the North Carolina Constitution that imposed literacy tests and poll taxes…. Democrats in North Carolina made no attempt to disguise the purpose of the suffrage amendment – its intent was ‘to secure white supremacy.’” 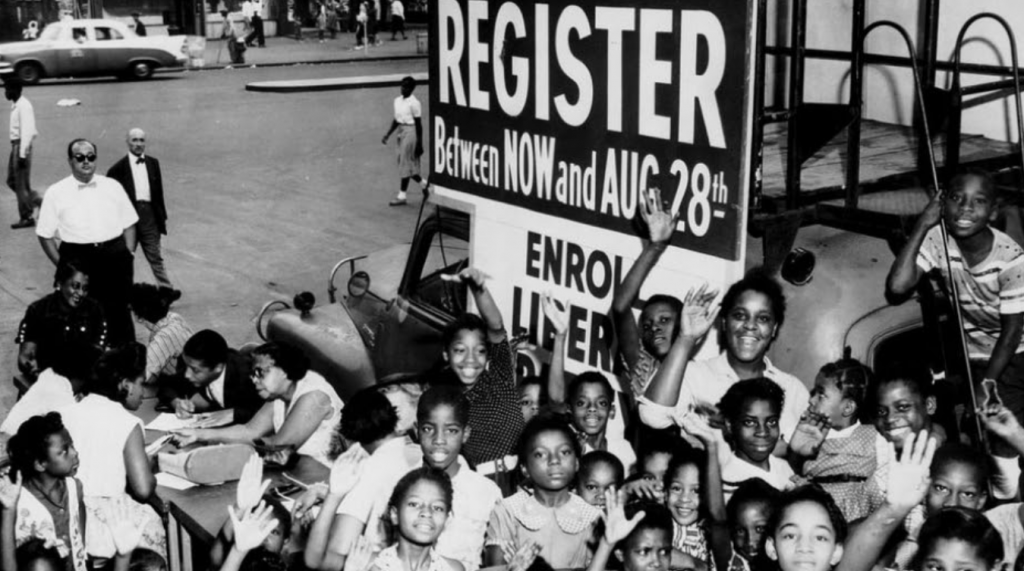 “Felony disfranchisement mainly served two purposes in North Carolina in the 1950s and 1960s — as threat for would-be offenders, and as a justification for the state’s resistance to voting rights legislation.” 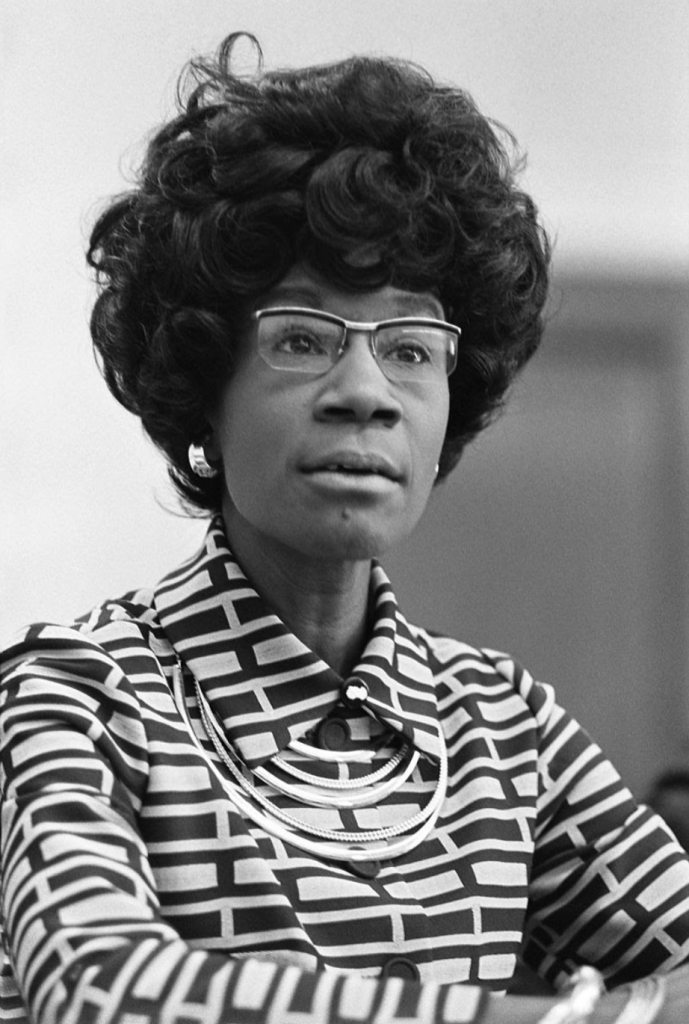 “With passage of the Voting Rights Act of 1965, the first African American, a Democrat, was elected to the state House of Representatives in 1968, the first Black elected to the state legislature in the twentieth century. In 1971, the suffrage requirements of the North Carolina Constitution were amended. The revisited Article VI states that: ‘No person adjudged guilty of a felony against this State or the United States, or adjudged guilty of a felony in another state that also would be a felony if it had been committed in this State, shall be permitted to vote unless that person shall be first restored to the rights of citizenship in the manner prescribed by law.”

“The following August, the North Carolina Court of Appeals ruled that the new law ‘must be applied retroactively.’”

In 2018, a dozen people in Alamance County, NC were arrested for unknowingly illegally voting with a felony while on probation or parole.

In Hoke County, NC, Lanisha Bratcher, was arrested in 2019 for unknowingly voting illegally while on probation. 3 other people with felonies in her county were indicted for illegally voting in 2016 as well.

In September 2020, a three-judge panel ruled that thousands of people on community supervision whose inability to pay fines and fees extended their probation and parole can now register to vote.

Learn more about our continued fight to Unlock Our Vote 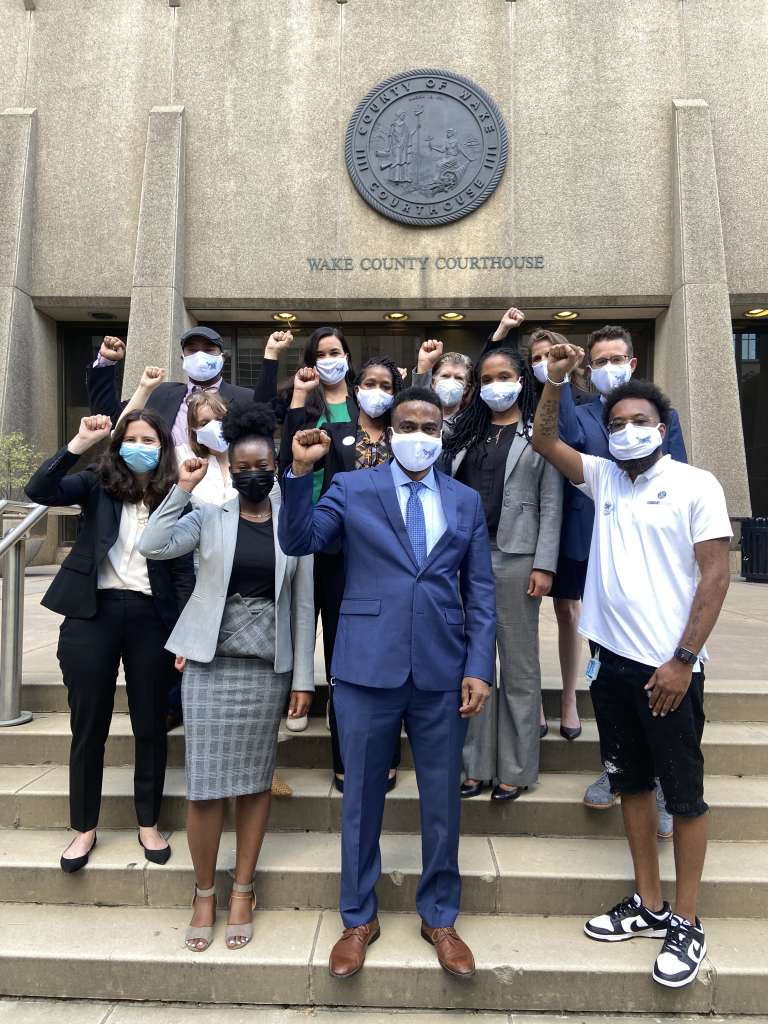 On March 28th, 2022, a three judge pannel ruled 2-1 that the state’s current felony disenfranchisement law violates two clauses of the state constitution, unlocking the votes of over 55,000 North Carolinians with Felony Convictions. The majority opinion found that North Carolina’s disenfranchisement scheme is racially discriminatory in its intent, and has a disparate impact on Black people, excluding them from full participation in our democracy.

The court’s order provided immediate relief, stating that, “Defendants, their agents, contractors, servants, employees, and attorneys, and any persons in active concert or participation with them, are hereby enjoined from preventing any person convicted of a felony from registering to vote or voting due to probation, parole, or post-release supervision.” The order went on to clarify that, “For the avoidance of doubt, under this injunction, if a person otherwise eligible to vote is not in jail or prison for a felony conviction, they may lawfully register and vote in North Carolina.”.

This historic ruling ends the discriminatory disenfranchisement of thousands of North Carolina residents who are living, working and paying taxes in our community, and would otherwise vote in significant numbers had they not been legally barred from doing so for decades.

Legislative defendants immediately petitioned the North Carolina Court of Appeals for a stay of the order expanding voting rights, continuing their fight to uphold the racially discriminatory practice of felony disenfranchisement. 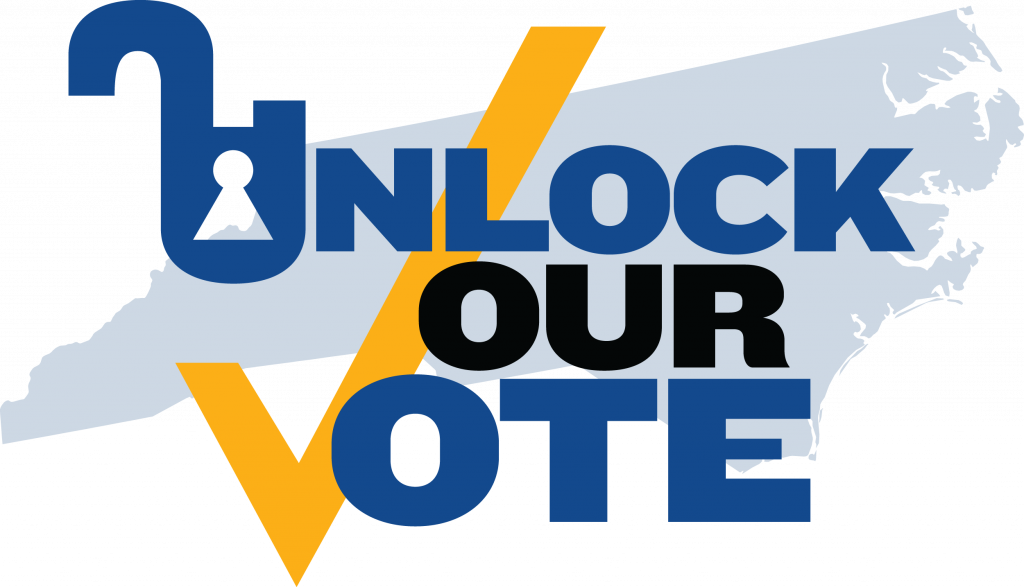 On April 26, 2022 in a 2-1 decision, the North Carolina Court of Appeals granted legislative leaders request for a stay in the CSI v. Moore case; but, in a victory for voting rights, this stay only remained in place for the May 17 and July 26 primary elections- and maintained the original injunction against any felony disenfranchisement based on fees and fines.

After these Primary elections, the Court of Appeals ordered, the State Board of Elections (SBOE) must fully implement the trial court’s March 28th final judgment and order, which found that the state’s existing felony disenfranchisement law is unconstitutional and ruled that all individuals living in community with prior felony convictions must be allowed to register and vote, impacting more than 56,000 individuals right to vote.

This ruling meant that effective, July 27, 2022, ANY NC citizen not currently incarcerated could immediately register and vote, including those on probation, parole or post release supervision for prior felony convictions.
We #UNLOCKEDTHEVOTENC !!! 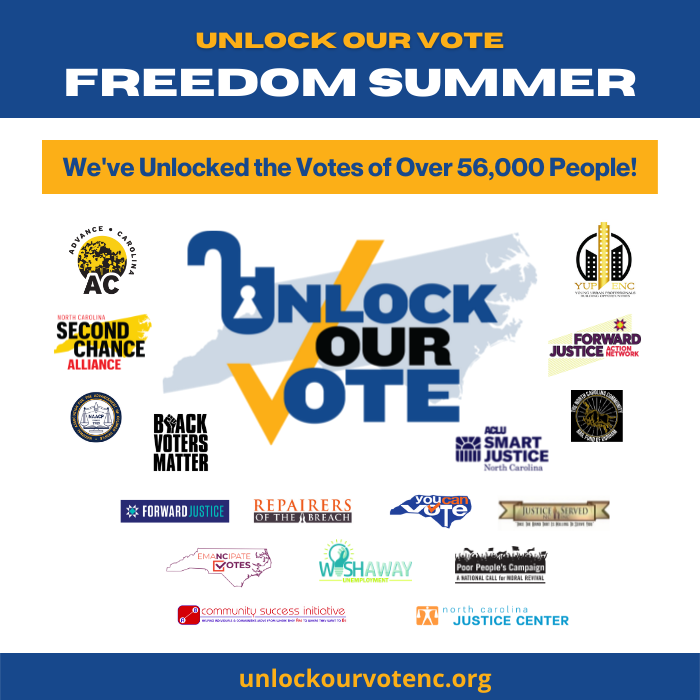 To celebrate this victory and immediately get to work, we rallied our coalition of partners and hosted the ‘Unlock Our Vote Freedom Summer’ tour. For 14 weeks, we traveled across the state hosting free events featuring dynamic speakers, a DJ, free food, information and resource tables, voter registration drives, and volunteer training for partners who helped conduct voter registration outreach in the community. We registered and connected with hundreds of potential voters as well as conducted phone and text outreach to 56,000 newly re-enfranchised voters. Watch the kickoff event here, and watch the closing Souls to the polls event here. 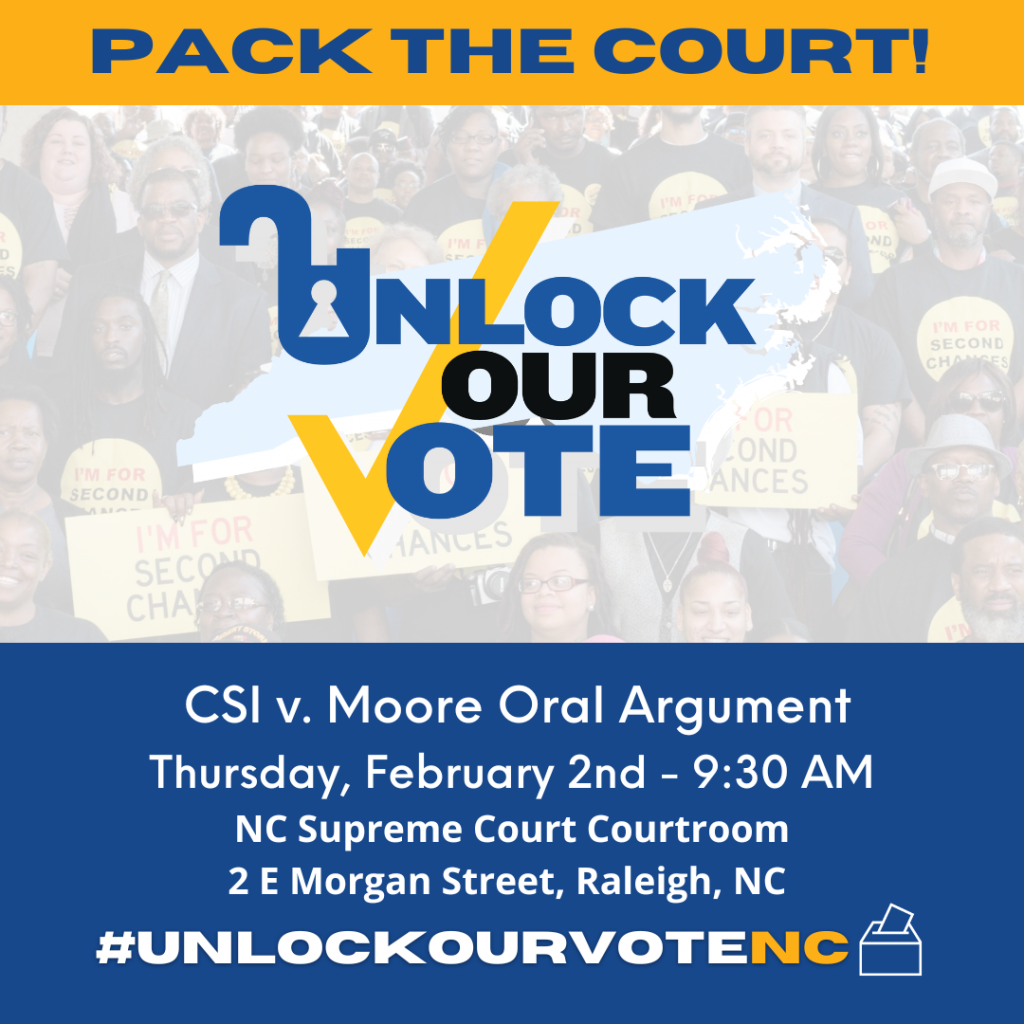 On Thursday, February 2, 2023, the NC Supreme Court will hear Oral arguments in CSI v. Moore. This historic voting rights case will determine if our current legal victory will stand, allowing people with prior felony convictions to keep their right to vote. We need you to show up with us and #PackTheCourt to show your support!