In August of 2019, Dontae Sharpe, a native of the Greenville community of North Carolina walked out of the Pitt County courthouse a free man after serving almost 26 years in prison for a crime that he didn’t commit.

His exoneration came after years of collaborative strategic work of local grassroots movements, the Pitt County Branch of the NAACP, the NC NAACP State Conference, SpiritHouse Inc, Color of Change, as well as the Duke University Wrongful Convictions Clinic and Forward Justice.

Dontae’s wrongful conviction case is just one example of how corruption in the legal system steals the lives of so many people. This case and many others like it are the driving force in Forward Justice’s commitment to fight for law enforcement and prosecutorial accountability.

The Dontae Sharpe Freedom Campaign was a fight with a two-pronged strategic approach: Organizing and Legal Strategy. The campaign was led by grassroots movements of community members and organizations who created educational tools to inform the local community on the details of the case and then organized and mobilized these communities to come together around collective calls of action to the Pitt County District Attorney’s Office and the Governor’s Office of North Carolina. Organizations like Color of Change assisted by providing a platform to lift up Dontae’s story at a national level by inviting people across the country to sign a petition toward Dontae’s new trial and release. The Duke Wrongful Conviction Clinic provided the legal representation for Dontae in this case for years during the fight to have a fair trial to prove his innocence.

In August of 2019, after finally being granted a new trial, Dontae was exonerated in court and walked out a free man. Though he had been offered deals in the past that would have allowed him to be released from prison earlier through an admission of guilt, Dontae stood fast in his innocence and left the prison on his terms. Following his release, Dontae joined the Forward Justice team as the founding Fellow in the Returning in Service and Excellence (RISE) Fellowship and has become an advocate and leader for criminal justice reform. Dontae speaks at colleges across the state about his experience, the corruption in the criminal legal system, and the need for widespread reform to stop the wrongful convictions that disregard truth and justice and destroy lives.

While Dontae has gained his freedom, the fight still continues. We are now petitioning NC Governor Roy Cooper to issue a full pardon to Dontae Sharpe to give him the fresh start that he deserves.

In addition to granting an Executive Pardon of Innocence for Dontae Sharpe, we're also demanding more transparency and accountability from the State around the pardon/clemency process and wrongful convictions, including:

See other articles and publications highlighting Dontae's story and his current work below: 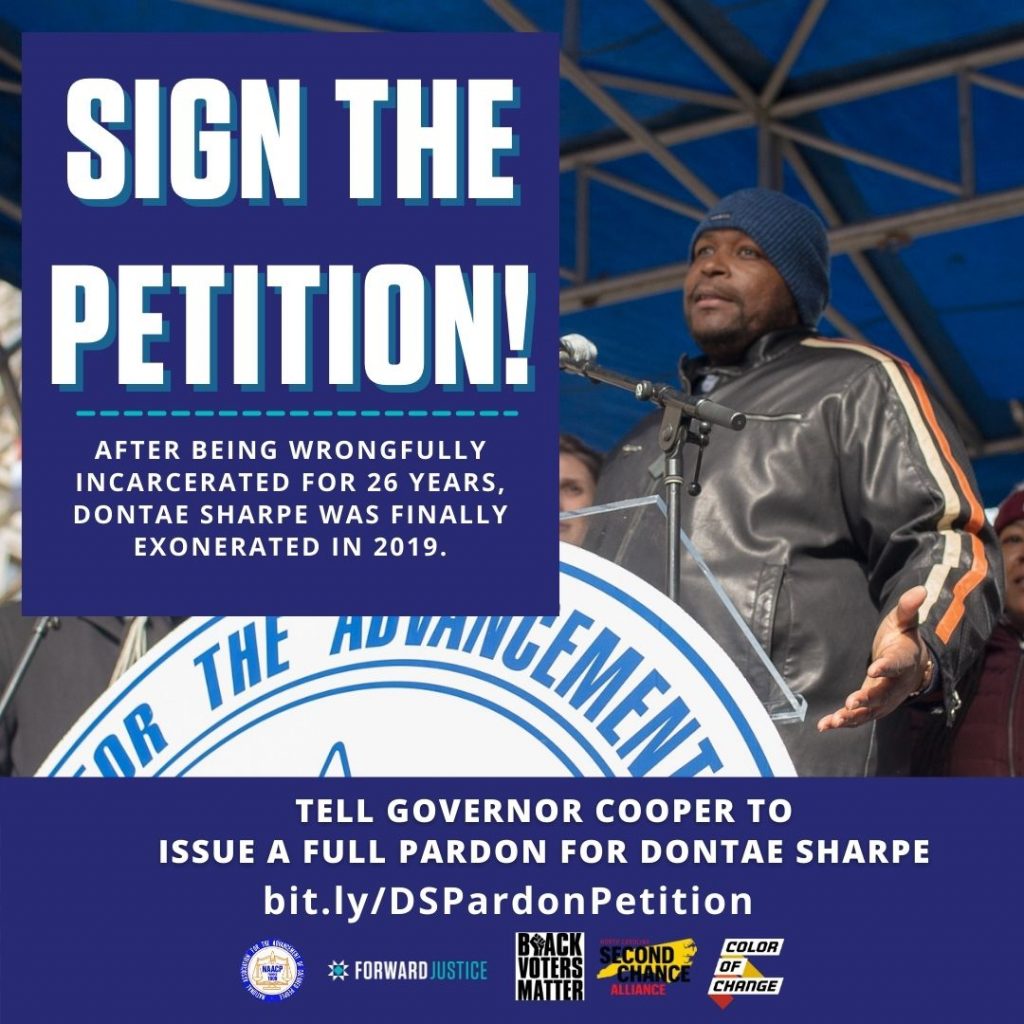 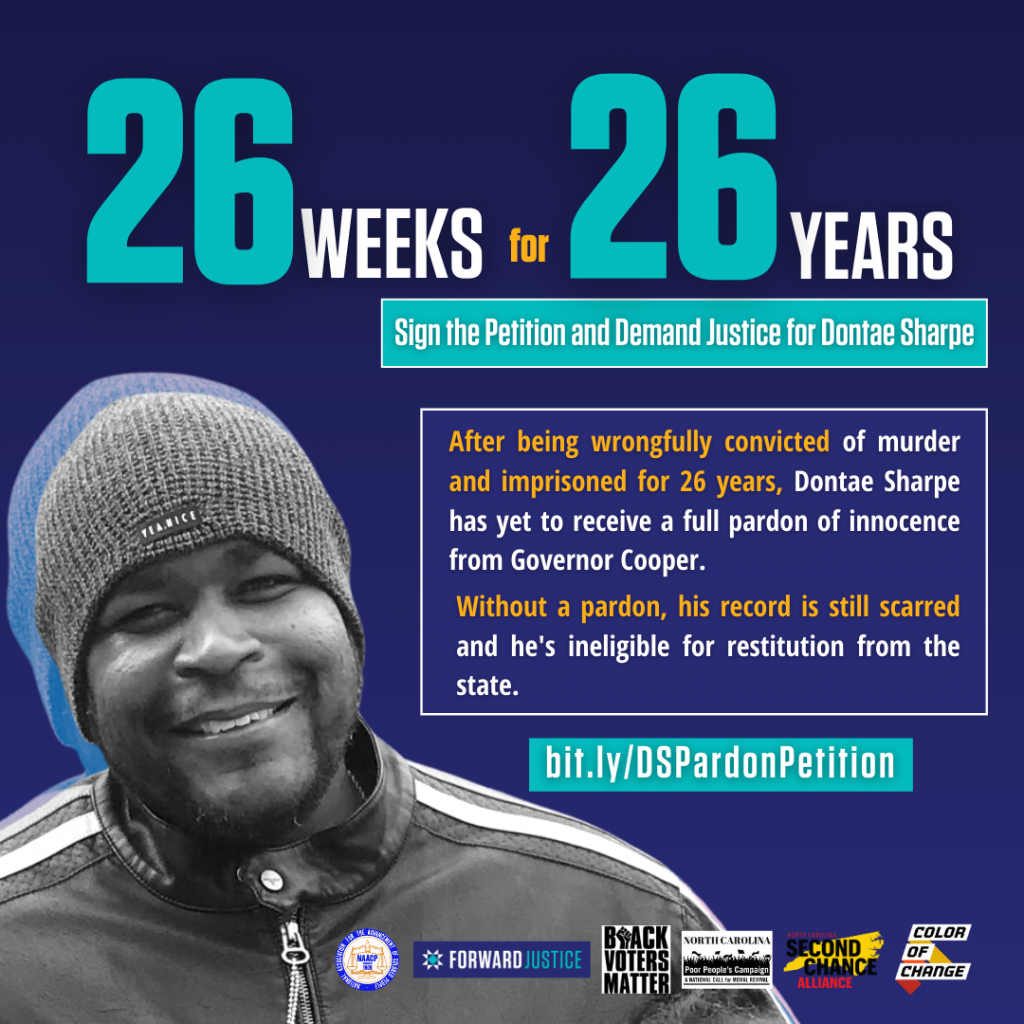